It’s Not All About You

I have the most annoying person in our office making me crazy.

She always has a comeback, no matter what has been said. It’s impossible for her to let a simple statement go unanswered.

It doesn’t sound like a big deal as I write this, but it really bothers me.

It sounds to me like she is feeling defensive.

First off, a negative comment or angry response is only going to make things worse and actually create a new problem. While she is already defensive, it will probably make her more so.

Plus, criticism would add conflict to your relationship and that part of her full of meaningful value will retreat further inside, and be more defended.

I would suggest taking a compassionate perspective. You could start with understanding that she feels a little anxious and so she behaves this way.

AND, I think we can go a little deeper. What if you imagined what it’s like to be in her shoes and empathized with how she is feeling and imagined her anxiety.

What’s it like to feel defensive all the time? Why does she feel that way? What would put her more at ease? Does she not feel heard, or appreciated? 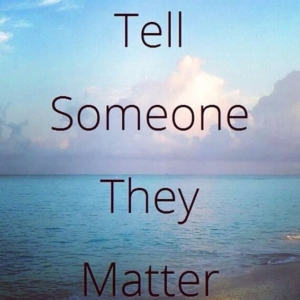 I was talking to my friend Ben just a few days ago and he made an interesting distinction between listening to connect and listening with empathy.

Very often, when listening to connect, we look for common ground and flag it with a “Yes. Me, too!” interruption.

While that does have the positive impact of establishing a bond, it also shifts the focus from the speaker (say, Sara) to the listener (say, Linda).

To listen with empathy, Linda could get curious about what Sara is saying and show that interest by asking to know more, to understand and go deeper into what Sara has to say.

While there are no guarantees, this might help listening Linda to understand Sara better. She might see that Sara’s behavior has nothing to do with her and not take it personally.

The depersonalizing in itself will help reduce or even eliminate the intensity of the charge Linda is feeling.

Given the fundamental need people have to be seen and heard, another outcome is that Sara might feel more understood. That could give a gentle boost to her confidence and would be a building block for her to feel less defensive.

Beyond developing better relationships, this approach can be pragmatic as well.

Imagine that Linda doesn’t dismiss Sara’s retort as an annoyance and instead says, “Tell me more about what you’re thinking.” Through probing and really listening, Linda might discover some great ideas buried behind Sara’s one-liners and they might find themselves collaborating in a new productive way.

My advice is to do what you can to create a safe and courageous space to bring out the best in your colleagues.

You will be appreciated more than you can imagine.